home
x
Subscribe
Olive Ann Burns
Olive Ann Burns was a writer for all of her professional life, but she completed only one book before her death in 1990. That book, Cold Sassy Tree, has become a phenomenon since its publication in 1984, selling over one million copies worldwide and still going strong. The author was born in Banks County, Georgia on July 17, 1924, on land originally farmed by her great-great-grandfather. She was the youngest of four children. She died on July 4, 1990. Her unfinished sequel to Cold Sassy Tree, entitled Leaving Cold Sassy, was published after her death.

Olive Ann once told an interviewer, "It has been said that growing up in the South and becoming a writer is like spending your life riding in a wagon, seated in a chair that is always facing backwards. I don't face life looking backwards, but I have written about past times and past people. To write Cold Sassy Tree, I interviewed parents, aunts, and old cousins, and I took down what they said in
their own words, using the rhythms of their own speech. What I was after was not just names and dates. I wanted stories and details that would bring the dead to life."

Although Olive Ann Burns' literary output was limited to two works, her colorful characters, detail-driven use of setting, and humor-laced plots endeared her to readers of all ages. In large part because she was inspired by what she knew best—the idiosyncricies of her own family history—Burns was able to bring a region and an era to life.
Read More +
1 results   page 1 of 1   view sort by 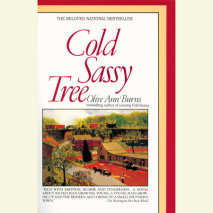 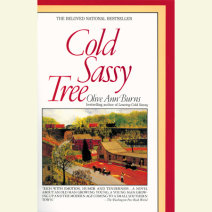