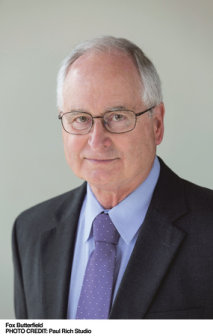 FOX BUTTERFIELD is the author of China: Alive in the Bitter Sea, which won the National Book Award, and All God's Children: The Bosket Family and the American Tradition of Violence. He was a member of the New York Times reporting team that won the Pulitzer Prize for its publication of the Pentagon Papers, and served as a bureau chief for the newspaper in Boston, Saigon, Tokyo, Hong Kong, and Beijing--where he opened the Times bureau in 1979. Most recently he was a national correspondent for the Times, covering crime and violence. He lives in Portland, Oregon. 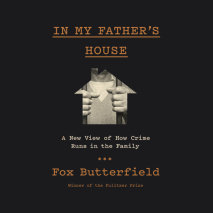 audio
In My Father's House
Author: Fox Butterfield | Narrator: Paul Michael
Release Date: October 09, 2018
From the Pulitzer Prize-winning New York Times journalist: a pathbreaking examination of our huge crime and incarceration problem that looks at the influence of the family--specifically one Oregon family with a generations-long legacy of lawlessness....
ABOUT THIS AUDIOBOOK
$17.50
ISBN: 9780525643005
Unabridged Download 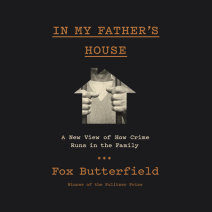