Rick Cowan is retired first-grade detective who went undercover to investigate and expose mafia control the waste disposal industry. He was born and raised in New Jersey, where he was employed variously as a corrections officer, welder, and construction worker before beginning a law enforcement career with several small New Jersey police forces. In June 1988, Cowan joined the NYPD’s Organized Crime Investigations Division (OCID) as a “white shield." He spent years undercover on the case and put dozens of mobsters behind bars. He retired in 2008, after 25 years on the force. 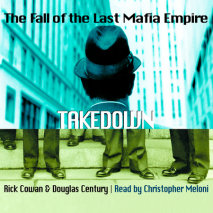 Takedown
Author: Rick Cowan and Douglas Century | Narrator: Christopher Meloni
Release Date: October 29, 2002
Seldom has the netherworld of the mafia been revealed with such fascinating detail and sheer suspense. Like the classics of the genre-from The Godfather to The French Connection toWise Guy-Takedown leads us to the inner ring ...
ABOUT THIS AUDIOBOOK
$14.95
ISBN: 9780739301661
Abridged Download 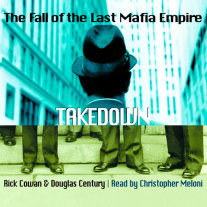