Daniel Mark Epstein is the author of biographies of Abraham Lincoln and Walt Whitman, Aimee Semple McPherson, Nat King Cole, and Edna St. Vincent Millay, as well as nine volumes of poetry. His verse has appeared in The Atlantic, The New Yorker, and The Paris Review, among other publications. The American Academy of Arts and Letters awarded Epstein the Rome Prize in 1977 and an Arts and Letters Award in 2006. Daniel Mark Epstein lives in Baltimore. 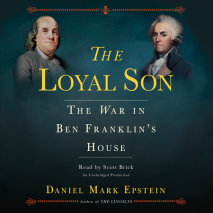 audio
The Loyal Son
Author: Daniel Mark Epstein | Narrator: Scott Brick
Release Date: May 30, 2017
The dramatic story of a founding father, his illegitimate son, and the tragedy of their conflict during the American Revolution—from the acclaimed author of The Lincolns. Ben Franklin is the most lovable of America’s founding fathers. His...
ABOUT THIS AUDIOBOOK
$25
ISBN: 9781524781057
Unabridged Download 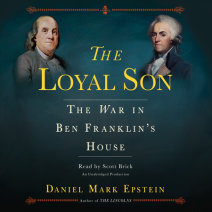