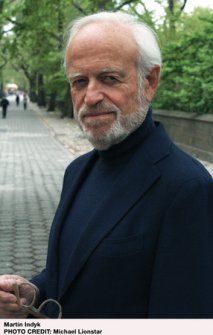 MARTIN INDYK is a distinguished fellow at the Council on Foreign Relations and a former U.S. ambassador to Israel, assistant secretary of state for Near East Affairs, and special assistant to President Clinton. Previously, Indyk was executive vice president of the Brookings Institution, where he had also served as vice president and director of the Foreign Policy program and the founding director of its Center for Middle East Policy. He served as President Obama's special envoy for the Israeli-Palestinian negotiations from July 2013 to June 2014. He lives in New York. 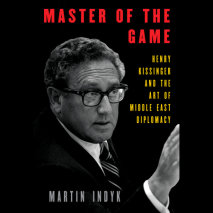 audio
Master of the Game
Author: Martin Indyk | Narrator: Simon Vance
Release Date: October 26, 2021
A perceptive and provocative history of Henry Kissinger's diplomatic negotiations in the Middle East that illuminates the unique challenges and barriers Kissinger and his successors have faced in their attempts to broker peace between Israel and its ...
ABOUT THIS AUDIOBOOK
$30
ISBN: 9780593454183
Unabridged Download 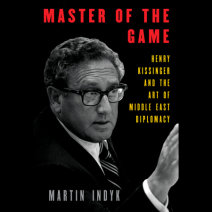