Sherron Watkins is a former Arthur Andersen accountant who joined Enron in 1993, working for the man who later became CFO, Andy Fastow. She worked in Enron's finance group, its International company, and its Broadband division, before returning to work for Fastow as a vice president in corporate development. As a result of her memos to Ken Lay urging the company to change its accounting practices and restate its earnings, she has become known to the world as the Enron whistleblower. She testified before both the House and the Senate in hearings investigating Enron's business practices in February 2002, and was named along with two others as one of Time magazine's 2002 Persons of the Year. She is the coauthor, with Mimi Swartz, of Power Failure: The Inside Story of the Collapse of Enron. 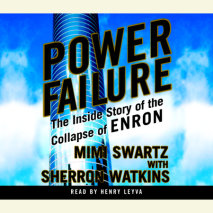 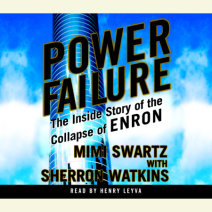