home
x
Willa Cather
WILLA CATHER was born in Virginia in 1873, and was about nine years old when her family moved to Red Cloud, Nebraska. After graduating from the University of Nebraska, she worked for a Lincoln, Nebraska, newspaper, then moved to Pittsburgh and finally to New York City. There she joined McClure’s magazine. After meeting the author Sarah Orne Jewett, she decided to quit journalism and devote herself full time to fiction. Her first novel, Alexander’s Bridge, appeared in 1912, but her place in American literature was established with her first Nebraska novel, O Pioneers!, published in 1913, followed by her most famous pioneer novel, My Antonia, in 1918. In 1922 she won the Pulitzer Prize for One of Ours. Her other novels include Death Comes for the Archbishop, Shadows on the Rock, The Song of the Lark, The Professor’ s House, My Mortal Enemy, and Lucy Gayheart. She died in 1947.
Read More +
7 results   page 1 of 1   view sort by 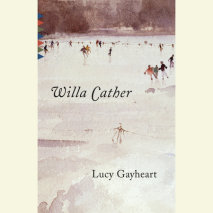 audio
Lucy Gayheart
Author: Willa Cather | Narrator: Kirsten Potter
Release Date: November 01, 2016
In this haunting 1935 novel, the Pulitzer Prize–winning author of My Ántonia performs crystalline variations on the themes that preoccupy her greatest fiction: the impermanence of innocence, the opposition between prairie and city, pr...
ABOUT THIS AUDIOBOOK
$15
ISBN: 9781524721701
Unabridged Download 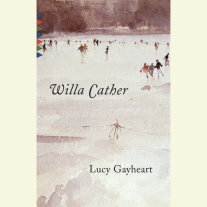 audio
My Mortal Enemy
Author: Willa Cather | Narrator: Natasha Soudek
Release Date: October 18, 2016
First published in 1926, this book is Willa Cather's sparest and most dramatic novel, a dark and prescient portrait of a marriage that subverts our oldest notions about the nature of domestic happiness. As a young woman, Myra Henshawe gave up a fortu...
ABOUT THIS AUDIOBOOK
$12.50
ISBN: 9781524721688
Unabridged Download

audio
A Lost Lady
Author: Willa Cather | Narrator: Carla Mercer-Meyer
Release Date: October 04, 2016
A Lost Lady is the portrait of a frontier woman who reflects the conventions of her age even as she defies them. To the people of Sweet Water, a fading railroad town on the Western plains, Mrs. Forrester is the resident aristocrat, at once graci...
ABOUT THIS AUDIOBOOK
$15
ISBN: 9781524721664
Unabridged Download 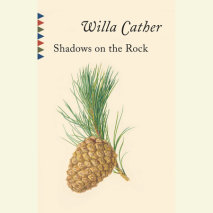 audio
Shadows on the Rock
Author: Willa Cather | Narrator: Ann Marie Lee
Release Date: September 27, 2016
"Superbly written, with that sensitivity to sunset and afterglow that has always been Miss Cather's."—The New York TimesWilla Cather wrote Shadows on the Rock immediately after her historical masterpiece, Death Comes for the Archbishop. Like it...
ABOUT THIS AUDIOBOOK
$20
ISBN: 9781524721626
Unabridged Download 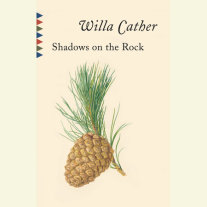 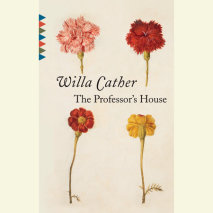 audio
The Professor's House
Author: Willa Cather | Narrator: Sean Runnette
Release Date: September 27, 2016
Willa Cather's lyrical and bittersweet novel of a middle-aged man losing control of his life is a brilliant study in emotional dislocation and renewal. Professor Godfrey St. Peter is a man in his fifties who has devoted his life to his...
ABOUT THIS AUDIOBOOK
$17.50
ISBN: 9781524721640
Unabridged Download 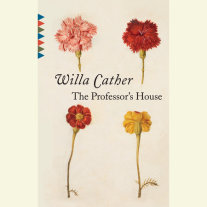 audio
Death Comes for the Archbishop
Author: Willa Cather | Narrator: David Ackroyd
Release Date: September 13, 2016
Willa Cather's best known novel is an epic--almost mythic--story of a single human life lived simply in the silence of the southwestern desert. In 1851 Father Jean Marie Latour comes to serve as the Apostolic Vicar to New Mexico. What he finds is a v...
ABOUT THIS AUDIOBOOK
$20
ISBN: 9781524721589
Unabridged Download 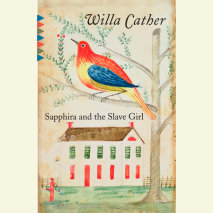 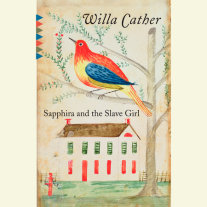