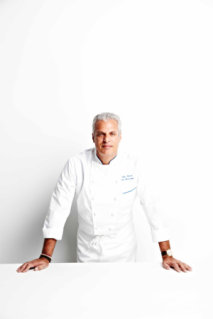 Eric Ripert is the chef and co-owner of the New York restaurant Le Bernardin, which holds three stars from the Michelin Guide and has maintained a four-star rating from The New York Times for more than two decades. He is vice chairman of the board of City Harvest, a New York-based food rescue organization, as well as a recipient of the Legion d’Honneur, France’s highest honor. He serves as a regular guest judge on Bravo’s Top Chef and is the host of his own TV series, Avec Eric, which has won Emmy and James Beard awards. Ripert is the author of five cookbooks, including Avec Eric, On the Line, A Return to Cooking, Le Bernardin—Four Star Simplicity, and My Best: Eric Ripert. 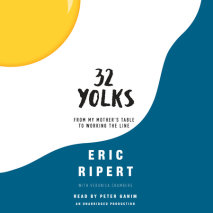 audio
32 Yolks
Author: Veronica Chambers and Eric Ripert | Narrator: Peter Ganim
Release Date: May 17, 2016
NEW YORK TIMES BESTSELLER • Hailed by Anthony Bourdain as “heartbreaking, horrifying, poignant, and inspiring,” 32 Yolks is the brave and affecting coming-of-age story about the making of a French chef, from the culinary icon behind ...
ABOUT THIS AUDIOBOOK
$17.50
ISBN: 9780147522733
Unabridged Download 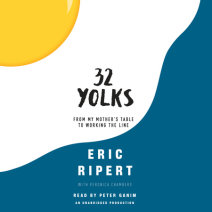