Sally Gardner grew up and still lives in London. Being dyslexic, she did not learn to read or write until she was 14 and had been thrown out of several schools, labeled unteachable, and sent to a school for maladjusted children. Despite this, Gardner earned a degree with highest honors at a leading London art college, followed by a scholarship to a theater school, and then went on to become a very successful costume designer, working on some notable productions. After the births of twin daughters and a son, she started first to illustrate and then to write picture books and chapter books, usually with fairy tale or otherwise magical subject matter. Gardner has been called “an idiosyncratic genius” by London’s Sunday Times. 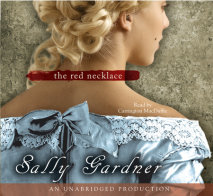 audio
The Red Necklace
Author: Sally Gardner | Narrator: Carrington MacDuffie
Release Date: May 13, 2008
The winds of change are blowing through Paris in the winter of 1789, both for France and for our hero, a striking and mysterious Gypsy boy named Yann Margoza. He was born with a gift for knowing what people are thinking and an uncanny ability to thro...
ABOUT THIS AUDIOBOOK
$25
ISBN: 9780739356807
Unabridged Download 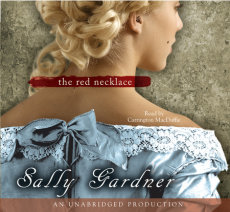 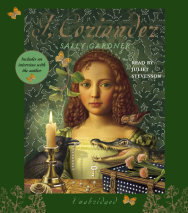 I, Coriander
Author: Sally Gardner | Narrator: Juliet Stevenson
Release Date: January 10, 2006
It is night, and I have lit the first of seven candles to write my story by. My name is Coriander Hobie, and I have a great many things to tell–of silver shoes that tempted me and an alligator most rare; of London, the home of my childhood, and...
ABOUT THIS AUDIOBOOK
$17
ISBN: 9780307284204
Unabridged Download 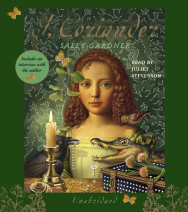