DAVID LAGERCRANTZ is an acclaimed Swedish author and journalist. In 2015 The Girl in the Spider's Web, his continuation of Stieg Larsson's Millennium Trilogy, became a worldwide best seller, and it was announced that Lagercrantz would write two further novels in the series. The Girl Who Takes an Eye for an Eye was published in September 2017. He is the coauthor of numerous biographies (including the internationally best-selling memoir I Am Zlatan Ibrahimovi&#263;) and the acclaimed novel Fall of Man in Wilmslow, on the death and life of Alan Turing. 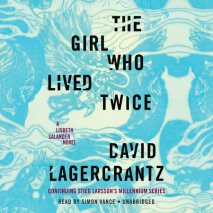 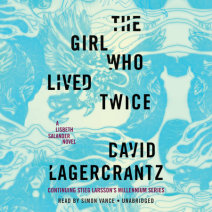 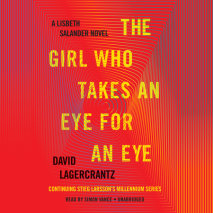 audio
The Girl Who Takes an Eye for an Eye
Author: David Lagercrantz | Narrator: Simon Vance
Release Date: September 12, 2017
INSTANT NEW YORK TIMES BEST SELLER Lisbeth Salander is back with a vengeance. The series that began with The Girl with the Dragon Tattoo continues as brilliant hacker Lisbeth Salander teams up with journalist Mikael Blom...
ABOUT THIS AUDIOBOOK
$22.50
ISBN: 9781524708986
Unabridged Download 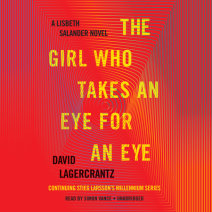 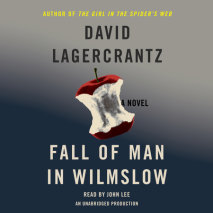 audio
Fall of Man in Wilmslow
Author: David Lagercrantz | Narrator: John Lee
Release Date: May 03, 2016
From the author of the #1 best seller The Girl in the Spider’s Web—an electrifying thriller that begins with Alan Turing’s suicide and plunges into a post-war Britain of immeasurable repression, conformity and fear   June 8, 19...
ABOUT THIS AUDIOBOOK
$22.50
ISBN: 9780735208933
Unabridged Download 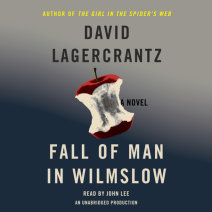 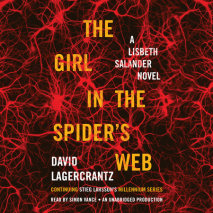 audio
The Girl in the Spider's Web
Author: David Lagercrantz | Narrator: Simon Vance
Release Date: September 01, 2015
Lisbeth Salander and Mikael Blomkvist return   She is the girl with the dragon tattoo—a genius hacker and uncompromising misfit. He is a crusading journalist whose championing of the truth often brings him to the brink of prosecution. Late...
ABOUT THIS AUDIOBOOK
$22.50
ISBN: 9780553550702
11 Unabridged CDsUnabridged Download 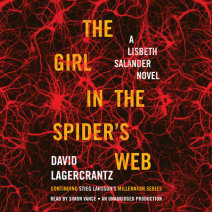