home
x
Subscribe
Julie Campbell
Julie Campbell (1908-1999) was from Flushing, New York, and shares the same birthday as her character, Mart Belden.  As the daughter of an Army Officer, she travelled widely during her childhood. When she was eight years old, she won her first short story contest while living in Hawaii. In 1933, Campbell married Charles Tatham Jr., and they worked together on many magazine stories and articles.  Campbell lived in a remodeled farmhouse in the Hudson River Valley with her husband and two sons when she began writing the Trixie Belden series. The series was set in fictional “Sleepyside,” but was based on the town Campbell was living in at the time in the Hudson River Valley near Ossining. Her home, “Wolf Hollow,” was the model for Crabapple Farm, and Campbell actually lived on Glendale Road. Julie Campbell passed away in 1999 at the age of 91.  Even at 91 she was still spirited and determined, just like Trixie.
Read More +
4 results   page 1 of 1   view sort by 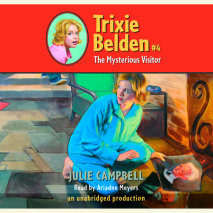 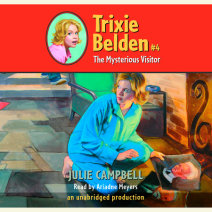 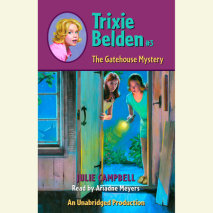 The Gatehouse Mystery
Author: Julie Campbell | Narrator: Ariadne Meyers
Release Date: September 28, 2004
When Trixie and Honey explore an abandoned gatehouse, they discover more than dust and spiderwebs. Stuck in the dirt floor is a huge diamond! Could a ring of jewel thieves be hiding out in Sleepyside?
ABOUT THIS AUDIOBOOK
$12.95
ISBN: 9781400091195
Unabridged Download 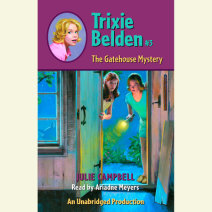 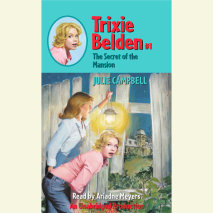 The Secret of the Mansion
Author: Julie Campbell | Narrator: Ariadne Meyers
Release Date: July 27, 2004
Trixie’s summer is going to be sooo boring with her two older brothers away at camp. But then a millionaire’s daughter moves into the next-door mansion, an old miser hides a fortune in his decrepit house, and a runaway kid starts hiding o...
ABOUT THIS AUDIOBOOK
$12.95
ISBN: 9781400085545
Unabridged Download 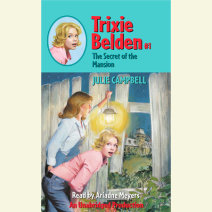 The Red Trailer Mystery
Author: Julie Campbell | Narrator: Ariadne Meyers
Release Date: July 27, 2004
Trixie and Honey’s friend Jim has run away from Sleepyside—before anyone could tell him that he is the only heir to the huge Frayne fortune. The girls set out across upstate New York in a trailer to track him down . . . and stumble onto a...
ABOUT THIS AUDIOBOOK
$12.95
ISBN: 9781400090044
Unabridged Download