home
x
Subscribe
Stuart M. Kaminsky
Stuart M. Kaminsky (1934–2009) was one of the most prolific crime fiction authors of the last four decades. Born in Chicago, he spent his youth immersed in pulp fiction and classic cinema—two forms of popular entertainment which he would make his life’s work. After college and a stint in the army, Kaminsky wrote film criticism and biographies of the great actors and directors of Hollywood’s Golden Age. In 1977, when a planned biography of Charlton Heston fell through, Kaminsky wrote Bullet for a Star, his first Toby Peters novel, beginning a fiction career that would last the rest of his life.Kaminsky penned twenty-four novels starring the detective, whom he described as “the anti-Philip Marlowe.” In 1981’s Death of a Dissident, Kaminsky debuted Moscow police detective Porfiry Rostnikov, whose stories were praised for their accurate depiction of Soviet life. His other two series starred Abe Lieberman, a hardened Chicago cop, and Lew Fonseca, a process server. In all, Kaminsky wrote more than sixty novels. He died in St. Louis in 2009.
Read More +
4 results   page 1 of 1   view sort by 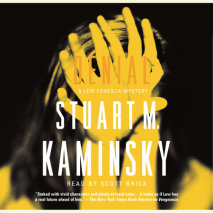 Denial
Author: Stuart M. Kaminsky | Narrator: Scott Brick
Release Date: June 28, 2005
Lew Fonseca is a man who does things for people. He makes small problems go away and tries to keep the larger ones from landing his clients in jail. He finds deadbeats, errant spouses, and generally keeps the populace of Sarasota on the up-and-up.New...
ABOUT THIS AUDIOBOOK
$17.50
ISBN: 9781415921883
Unabridged Download 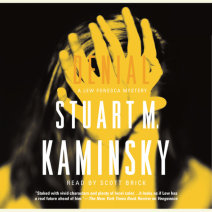 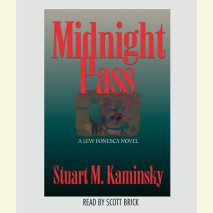 Midnight Pass
Author: Stuart M. Kaminsky | Narrator: Scott Brick
Release Date: September 03, 2003
Lew Fonesca is a Sarasota part-time process server still mourning his dead wife and trying to get through life without any complications. But his life is full of them. His shrink wants him to dump his grief so he can have more of a life; a pretty soc...
ABOUT THIS AUDIOBOOK
$15
ISBN: 9781415912676
Unabridged Download 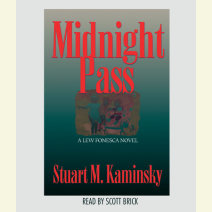 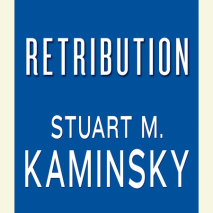 Retribution
Author: Stuart M. Kaminsky | Narrator: Scott Brick
Release Date: August 27, 2003
Stuart M. Kaminsky, the veteran author of more than forty novels and the creator of such wonderful characters as Abe Lieberman, Toby Peters, and Inpsector Rostnikov, has created a new PI: Lew Fonesca, a world-weary guy who got in a car and just start...
ABOUT THIS AUDIOBOOK
$17.50
ISBN: 9781415911693
Unabridged Download 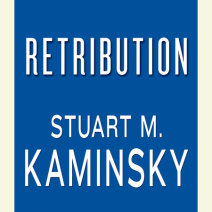 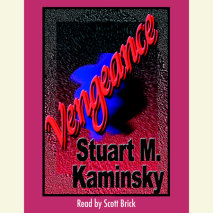 Vengeance
Author: Stuart M. Kaminsky | Narrator: Scott Brick
Release Date: October 01, 2001
After the death of his wife, a grieving Lew Fonesca drives from Chicago until his car gives out in the parking lot of a Sarasota, Florida, Dairy Queen. Trying to avoid his emotions and rebuild his life, he takes up work as a freelance process server....
ABOUT THIS AUDIOBOOK
$17.50
ISBN: 9781415911525
Unabridged Download 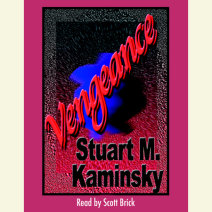