Felix Dennis is the chairman of Dennis Publishing, which publishes The Week among many other magazines. He was the founder of Maxim, one of the most successful new magazines of the last decade. He has written several volumes of poetry that have been performed live onstage by the Royal Shakespeare Company. His other interests include breeding rare pigs, drinking French wine, collecting first edition books, and avoiding business meetings. He has homes in London, Stratford-upon-Avon, New York City, Connecticut, and the Caribbean island of Mustique. 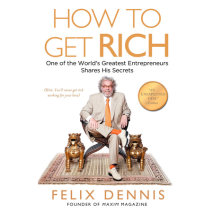 audio
How to Get Rich
Author: Felix Dennis | Narrator: Roy McMillan
Release Date: September 08, 2020
Felix Dennis is an expert at proving people wrong. Starting as a college dropout with no family money, he created a publishing empire, founded Maxim magazine, made himself one of the richest people in the UK, and had a blast in the process. How to Ge...
ABOUT THIS AUDIOBOOK
$20
ISBN: 9780593345528
Unabridged Download 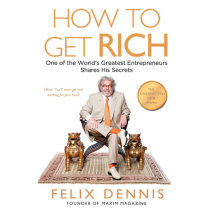