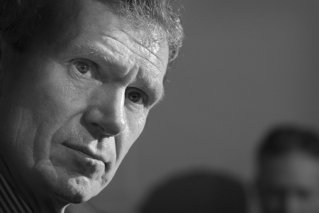 Tom Daschle (D-SD) was the minority leader of the United States Senate. He was born in Aberdeen, South Dakota, in 1947 and became the first person in his family to graduate from college. After serving for three years as an intelligence officer in the US Air Force Strategic Command, he spent five years as an aide to South Dakota senator James Abourezk. In 1978, Senator Daschle returned to South Dakota to run for the US House of Representatives and won his first race by 14 votes. He served in the House until 1986, when he ran for the Senate. He is married to Linda Hall Daschle and has three children and two grandchildren. 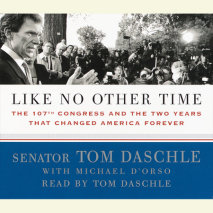 Like No Other Time
Author: Tom Daschle | Narrator: Tom Daschle
Release Date: November 04, 2003
Tom Daschle, the Majority Leader of the historic 107th Senate, presents a candid insider’s account of the workings of the U.S. government during two of the most tumultuous years in the nation’s history.The 107th Congress faced a time like...
ABOUT THIS AUDIOBOOK
$19.95
ISBN: 9781415900635
Abridged DownloadUnabridged Download 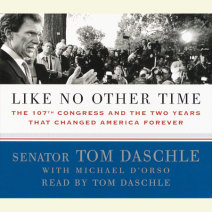