Stephen E. Ambrose was the author or coauthor of more than 30 books on military affairs and foreign policy. Early in his career he was an associate editor of the Eisenhower papers, and he later went on to publish the definitive three-part biography of Eisenhower, as well as many bestselling books of military history, including Band of Brothers and Undaunted Courage. He died in 2002. 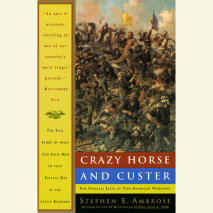 audio
Crazy Horse and Custer
Author: Stephen E. Ambrose | Narrator: Richard Ferrone
Release Date: October 18, 2016
The full story of what led Crazy Horse and Custer to that fateful day at the Little Bighorn, from bestselling historian Stephen E. Ambrose.   On the sparkling morning of June 25, 1876, 611  U.S. Army soldiers rode toward the banks of t...
ABOUT THIS AUDIOBOOK
$27.50
ISBN: 9781524733681
Unabridged Download 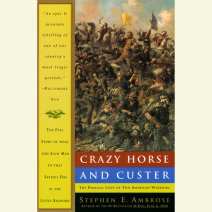