home
x
Subscribe
J.K. Rowling
J. K. Rowling was born in the summer of 1965 at Yate General Hospital in England and grew up in Chepstow, Gwent.  She left Chepstow for Exeter University, where she earned a French and Classics degree. As a postgraduate she moved to London to work at Amnesty International, doing research into human rights abuses in Francophone Africa. She started writing the Harry Potter series during a Manchester to London King’s Cross train journey, and during the next five years, outlined the plots for each book and began writing the first novel.  She then moved to northern Portugal, where she taught English as a foreign language. She married in October 1992 and gave birth to her daughter Jessica in 1993. When her marriage ended, she returned to the UK to live in Edinburgh, where Harry Potter & the Philosopher’s Stone was eventually completed and in 1996 she received an offer of publication. The following summer the world was introduced to Harry Potter.  The Harry Potter series is distributed in over 200 territories and has been translated into 65 languages.
Read More +
8 results   page 1 of 1   view sort by 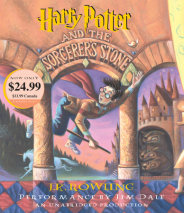 audio
Harry Potter and the Sorcerer's Stone
Author: J.K. Rowling | Narrator: Jim Dale
Release Date: June 21, 2016
Harry Potter has no idea how famous he is. That's because he's being raised by his miserable aunt and uncle who are terrified Harry will learn that he's really a wizard, just as his parents were. But everything changes when Harry is summoned to atten...
ABOUT THIS AUDIOBOOK
$24.99
ISBN: 9781524721251
7 Unabridged CDs 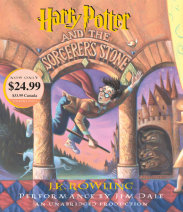 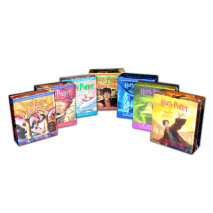 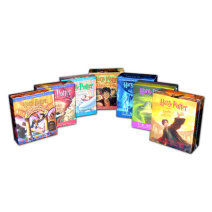 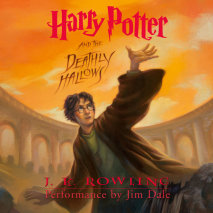 audio
Harry Potter and the Deathly Hallows
Author: J.K. Rowling | Narrator: Jim Dale
Release Date: July 21, 2007
It all comes down to this - a final faceoff between good and evil. You plan to pull out all the stops, but every time you solve one mystery, three more evolve. Do you stay the course you started, despite your lack of progress? Do you detour and follo...
ABOUT THIS AUDIOBOOK
$80
ISBN: 9780739360385
17 Unabridged CDs 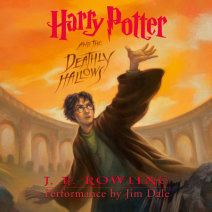 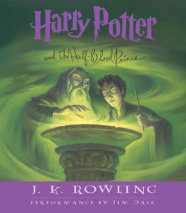 audio
Harry Potter and the Half-Blood Prince
Author: J.K. Rowling | Narrator: Jim Dale
Release Date: July 16, 2005
The war against Voldemort is not going well: even Muggle governments are noticing. Ron scans the obituary pages of The Daily Prophet looking for familiar names. Dumbledore is absent from Hogwarts for long stretches of time, and the Order of the Phoen...
ABOUT THIS AUDIOBOOK
$75
ISBN: 9780307283658
17 Unabridged CDs 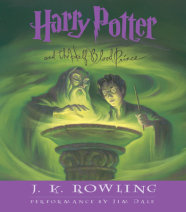 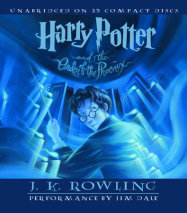 audio
Harry Potter and the Order of the Phoenix
Author: J.K. Rowling | Narrator: Jim Dale
Release Date: June 21, 2003
There is a door at the end of a silent corridor. And it's haunting Harry Potter's dreams. Why else would he be waking in the middle of the night, screaming in terror?Here are just a few things on Harry's mind:• A Defense Against the Dark Arts t...
ABOUT THIS AUDIOBOOK
$75
ISBN: 9780807220290
23 Unabridged CDs 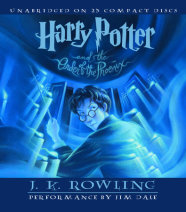 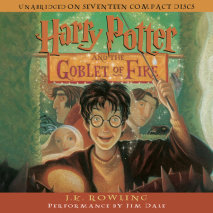 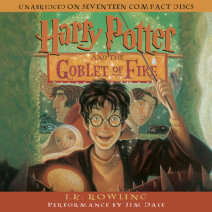 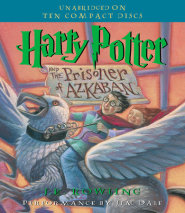 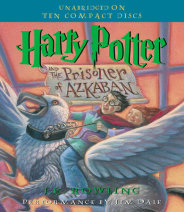 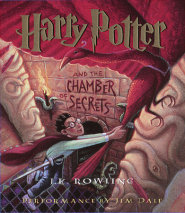 audio
Harry Potter and the Chamber of Secrets
Author: J.K. Rowling | Narrator: Jim Dale
Release Date: December 01, 1999
The Dursleys were so mean that hideous that summer that all Harry Potter wanted was to get back to the Hogwarts School for Witchcraft and Wizardry. But just as he's packing his bags, Harry receives a warning from a strange, impish creature named Do...
ABOUT THIS AUDIOBOOK
$49.95
ISBN: 9780807281949
8 Unabridged CDs 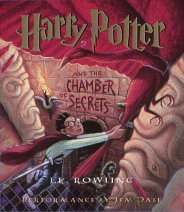