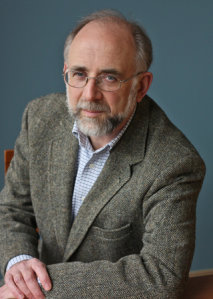 Stephen Budiansky
STEPHEN BUDIANSKY is the author of seventeen books about military history, intelligence and espionage, science, the natural world, and other subjects. His most recent books are Code Warriors: NSA’s Codebreakers and the Secret Intelligence War Against the Soviet Union and Mad Music: Charles Ives, the Nostalgic Rebel.

Budiansky's writing has appeared in The Atlantic, the New York Times magazine and op-ed pages, the Wall Street Journal, the Washington Post, The Economist, and many other publications. He is a member of the editorial board of Cryptologia, the scholarly journal of cryptology and intelligence history, and is on the American Heritage Dictionary’s Usage Panel. He lives on a small farm in Loudoun County, Virginia.
Read More +
1 results   page 1 of 1   view sort by

audio
Code Warriors
Author: Stephen Budiansky | Narrator: Mark Deakins
Release Date: June 14, 2016
A sweeping, in-depth history of NSA, whose famous “cult of silence” has left the agency shrouded in mystery for decades   The National Security Agency was born out of the legendary codebreaking programs of World War II that cracked ...
ABOUT THIS AUDIOBOOK
$22.50
ISBN: 9780735209596
Unabridged Download