Rich Cohen is the author of the New York Times bestsellers Tough Jews, The Avengers, Monsters, and (with Jerry Weintraub) When I Stop Talking, You’ll Know I’m Dead. He is a co-creator of the HBO series Vinyl and a contributing editor at Vanity Fair and Rolling Stone and has written for The New Yorker, The Atlantic, and Harper’s Magazine, among others. Cohen has won the Great Lakes Book Award, the Chicago Public Library’s 21st Century Award, and the ASCAP Deems Taylor Award for outstanding coverage of music. His stories have been included in The Best American Essays and The Best American Travel Writing. He lives in Connecticut. 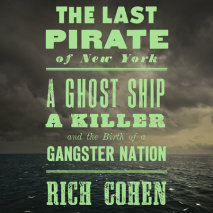 audio
The Last Pirate of New York
Author: Rich Cohen | Narrator: Rich Cohen and Ari Fliakos
Release Date: June 04, 2019
Was he New York City’s last pirate . . . or its first gangster? This is the true story of the bloodthirsty underworld legend who conquered Manhattan, dock by dock—for fans of Gangs of New York and Boardwalk Empire.“Hi...
ABOUT THIS AUDIOBOOK
$17.50
ISBN: 9781984885791
Unabridged Download 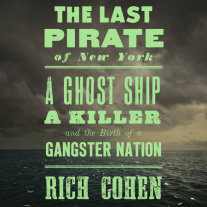 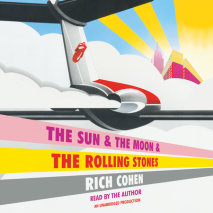 audio
The Sun & The Moon & The Rolling Stones
Author: Rich Cohen | Narrator: Rich Cohen
Release Date: May 10, 2016
A gritty, one-of-a-kind backstage account of the world’s greatest touring band, from the opinionated music journalist who was along for the ride as a young reporter for Rolling Stone in the 1990s ONE OF THE TOP FIVE ROCK BIOGRAPH...
ABOUT THIS AUDIOBOOK
$17.50
ISBN: 9780451482235
Unabridged Download 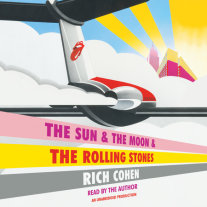