ALAN B. KRUEGER was the James Madison Professor of Political Economy at Princeton University, and a former chairman of the Council of Economic Advisers under President Obama. He also served as assistant secretary for economic policy and chief economist of the U.S. Department of the Treasury. He was a recipient of the Moynihan Prize. 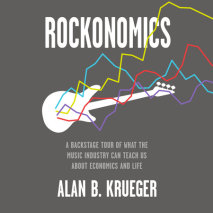 audio
Rockonomics
Author: Alan B. Krueger | Narrator: Fred Berman
Release Date: June 04, 2019
Alan Krueger, a former chairman of the president's Council of Economic Advisers, uses the music industry, from superstar artists to music executives, from managers to promoters, as a way in to explain key principles of economics, and the forces ...
ABOUT THIS AUDIOBOOK
$20
ISBN: 9781984884077
Unabridged Download 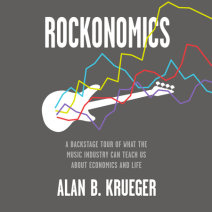