Steve Coll is the author of the Pulitzer Prize-winning Ghost Wars and the dean of the Graduate School of Journalism at Columbia University, and from 2007 to 2013 was president of the New America Foundation, a public policy institute in Washington, D.C. He is a staff writer for The New Yorker, and previously worked for twenty years at The Washington Post, where he received a Pulitzer Prize for explanatory journalism in 1990. He is the author of seven other books, including On the Grand Trunk Road, The Bin Ladens, Private Empire, and Directorate S. 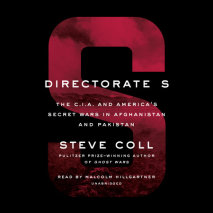 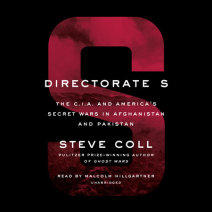 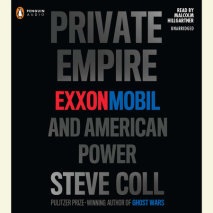 Private Empire
Author: Steve Coll | Narrator: Malcolm Hillgartner
Release Date: May 01, 2012
Steve Coll investigates the largest and most powerful private corporation in the United States, revealing the true extent of its power. ExxonMobil’s annual revenues are larger than the economic activity in the great majority of countries. In ma...
ABOUT THIS AUDIOBOOK
$32.50
ISBN: 9781101564226
Unabridged Download 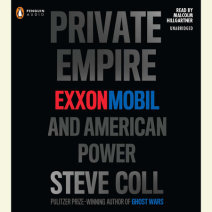 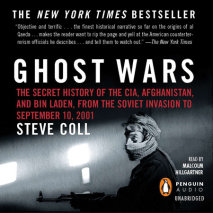 Ghost Wars
Author: Steve Coll | Narrator: Malcolm Hillgartner
Release Date: October 27, 2011
The explosive first-hand account of America's secret history in Afghanistan With the publication of Ghost Wars, Steve Coll became not only a Pulitzer Prize winner, but also the expert on the rise of the Taliban, the emergence of Bin Laden, and the se...
ABOUT THIS AUDIOBOOK
$17.50
ISBN: 9781101548981
Unabridged Download 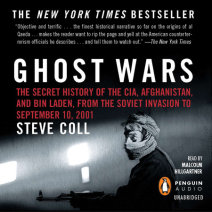