Lawrence O'Donnell is the host of The Last Word on MSNBC. Formerly an Emmy Award-winning executive producer and writer for "The West Wing," O'Donnell also served as senior advisor to Sen. Daniel Patrick Moynihan (D-NY), chief of staff to the Senate Committee on the Environment and Public Works and the Senate Finance Committee. He is the author of Deadly Force and his writing has appeared in The New York Times, Washington Post, Los Angeles Times and elsewhere. Born in Boston, O'Donnell graduated from Harvard College. 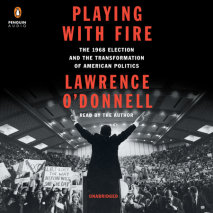 audio
Playing with Fire
Author: Lawrence O'Donnell | Narrator: Lawrence O'Donnell
Release Date: November 07, 2017
From the host of MSNBC’s The Last Word with Lawrence O'Donnell, an important and enthralling new account of the presidential election that changed everything, the race that created American politics as we know it todayThe 1968 U.S. Presidential...
ABOUT THIS AUDIOBOOK
$27.50
ISBN: 9780525498230
Unabridged Download 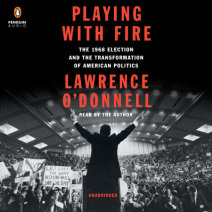