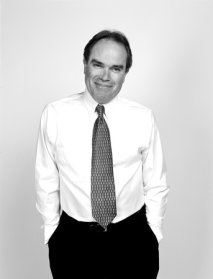 Richard Conniff is the author of several adult nonfiction books, including Every Creeping Thing: True Tales of Faintly Repulsive Wildlife and numerous articles for such magazines as National Geographic, Smithsonian, and Time, and has won the National Magazine Award. He has also written and presented nature programs for National Geographic Television, the Discovery Channel, and the BBC. 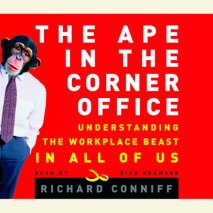 The Ape in the Corner Office
Author: Richard Conniff | Narrator: Rick Adamson
Release Date: September 06, 2005
Tired of swimming with the sharks? Fed up with that big ape down the hall? Real animals can teach us better ways to thrive in the workplace jungle.You’re ambitious and want to get ahead, but what’s the best way to do it? Become the bigges...
ABOUT THIS AUDIOBOOK
$20
ISBN: 9781415928561
Abridged DownloadUnabridged Download 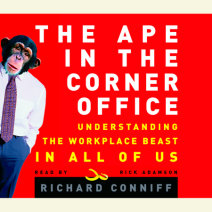