James Fenimore Cooper (1789–1851) was born in Burlington, New Jersey, and his family moved to Cooperstown, New York, while he was still an infant. He attended Yale College until he was expelled for bad behavior. He served in the U.S. Navy, resigning in 1811 to get married. With his story The Pilot (1823), Cooper set the style for a new genre of sea fiction. His most famous novels are the Leather-Stocking Tales including The Pioneers (1823), The Last of the Mohicans (1826), The Prairie (1827), The Pathfinder (1840), and The Deerslayer (1841), featuring the quintessential American hero Natty Bumppo. Cooper, a keen social critic, wrote several well-regarded naval histories. 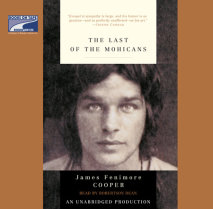 The Last of the Mohicans
Author: James Fenimore Cooper | Narrator: Robertson Dean
Release Date: December 12, 2006
Illus. in black-and-white. This action-packed edition of James Fenimore Cooper's famous adventure brings the wilds of the American frontier and the drama of the French and Indian War to vivid life.
ABOUT THIS AUDIOBOOK
$22.50
ISBN: 9781415936344
Unabridged Download 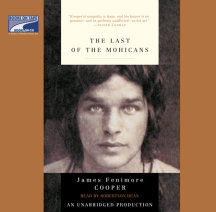