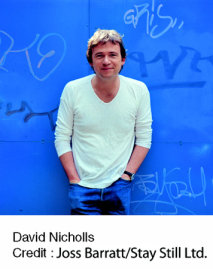 David Nicholls trained as an actor before making the switch to writing. He is the author of the novels A Question of Attraction, Starter for Ten, and The Understudy. Nicholls has also written many screenplays for film and television, including the feature film adaptation of Starter for Ten. He lives in London. 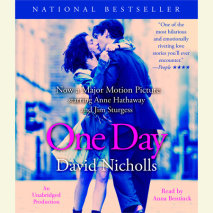 audio
One Day
Author: David Nicholls | Narrator: Anna Bentinck
Release Date: July 15, 2010
NOW A MAJOR MOTION PICTURE starring ANNE HATHAWAY and JIM STURGESSIt’s 1988 and Dexter Mayhew and Emma Morley have only just met. But after only one day together, they cannot stop thinking about one another. Over twenty years, snapshots of that...
ABOUT THIS AUDIOBOOK
$22.50
ISBN: 9780307912893
Unabridged Download 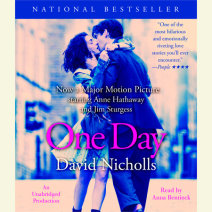