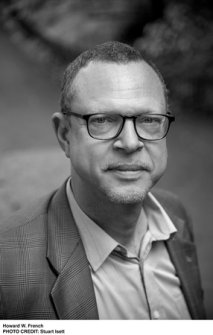 Howard W. French wrote from Africa for The Washington Post and at The New York Times was bureau chief in Central America and the Caribbean, West and Central Africa, Japan, and China. He is the recipient of two Overseas Press Club awards and a two-time Pulitzer Prize nominee. He is the author of A Continent for the Taking: The Tragedy and Hope of Africa and China's Second Continent: How a Million Migrants Are Building a New Empire in Africa; he has written for The Atlantic, The New York Review of Books, The New York Times Magazine, and Rolling Stone, among other national publications. He is on the faculty of the Columbia University Graduate School of Journalism. 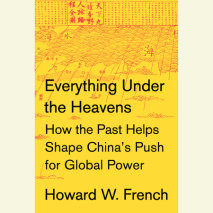 audio
Everything Under the Heavens
Author: Howard W. French | Narrator: Nicholas Hormann
Release Date: March 14, 2017
From the former New York Times Asia correspondent and author of China's Second Continent, an incisive investigation of China's ideological development as it becomes an ever more aggressive player in regional and global diplomacy. For many years after...
ABOUT THIS AUDIOBOOK
$22.50
ISBN: 9781524757052
Unabridged Download 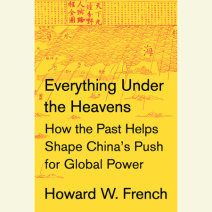