Caroline Lawrence grew up in Bakersfield, California, and claims that some of her ancestors were pioneers, teamsters, and newspapermen. Caroline moved to England to study classics at Cambridge University. After a decade of immersing herself in Roman history to write the Roman Mysteries series, Caroline is now mining the rich vein of American history during the tumultuous 1860s. She currently lives in London, by the river, with her history-loving husband. She is the author of the P.K. Pinkerton series. 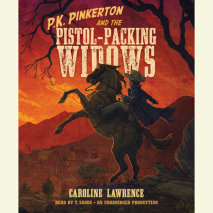 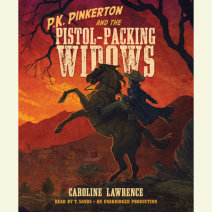 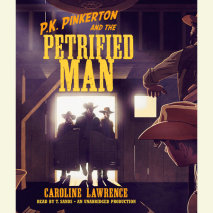 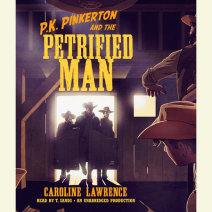 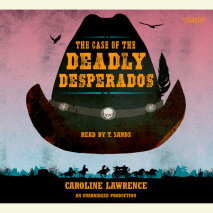 audio
The Case of the Deadly Desperados: Western Mysteries, Book One
Author: Caroline Lawrence | Narrator: T. Sands
Release Date: February 14, 2012
The year is 1862 and twelve-year-old P.K. Pinkerton is on the run from Whittlin Walt and his gang of ruthless desperados. P.K. is determined to hold on to his ma,s last priceless possession: the deed to a large amount of land and silver mines in the ...
ABOUT THIS AUDIOBOOK
$18
ISBN: 9780307968821
Unabridged Download 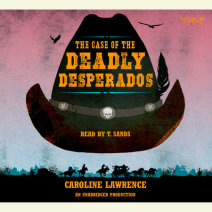 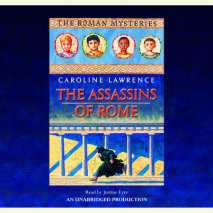 The Assassins of Rome
Author: Caroline Lawrence | Narrator: Justine Eyre
Release Date: August 22, 2006
Jonathan goes on a secret quest to Rome, and Flavia, Nubia and Lupus set out to find him. Their dangerous mission takes them to the Golden House of Nero where a deadly assassin is rumoured to be at work - and they learn what happened to Jonathan's fa...
ABOUT THIS AUDIOBOOK
$11.50
ISBN: 9780307206602
Unabridged Download 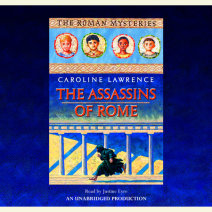 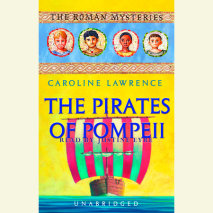 audio
The Pirates of Pompeii
Author: Caroline Lawrence | Narrator: Justine Eyre
Release Date: June 28, 2005
It is late August of ad 79. The Roman world is reeling from the eruption of Mount Vesuvius. Volcanic ash covers the land, sunsets are blood-red, and the sea gives up corpses of the dead. At a makeshift camp south of Stabia, hundreds of refugees from ...
ABOUT THIS AUDIOBOOK
$15.95
ISBN: 9780307206589
Unabridged Download 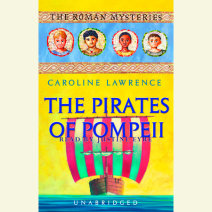 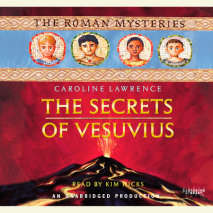 audio
The Secrets of Vesuvius
Author: Caroline Lawrence | Narrator: Kim Hicks
Release Date: December 14, 2004
Flavia, Jonathan, Nubia and Lupus–the four friends from The Thieves of Ostia–sail to the Bay of Naples to spend the summer with Flavia’s uncle, who lives near Pompeii. There they uncover a riddle that may lead them to great tre...
ABOUT THIS AUDIOBOOK
$15.95
ISBN: 9781400094592
Unabridged Download 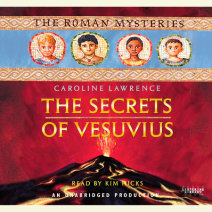 audio
The Thieves of Ostia
Author: Caroline Lawrence | Narrator: Kim Hicks
Release Date: March 23, 2004
The place is Ostia, the port of Rome. Flavia Gemina, a Roman sea captain's daughter, is about to embark on a thrilling adventure. Set in a graveyard, marketplace, and courtyards of a Roman city, this fast-paced mystery paints a vivid picture of the...
ABOUT THIS AUDIOBOOK
$12.95
ISBN: 9780807223437
Unabridged Download