ELEANOR UPDALE has been writing books since the turn of the century, including the Montmorency series, which has won awards on both sides of the Atlantic. She worked in radio and television, mainly on British news programs including The World at One and Newsnight. She is a governor of the children's charity, Coram, and a member of the Clinical Ethics Committee at Great Ormond Street Hospital. She also has a PhD in History and all those interests have influenced this book.

To learn more about Eleanor and her books, please visit EleanorUpdale.co.uk. 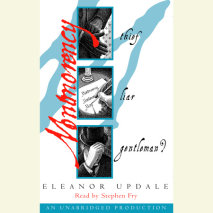 audio
Montmorency
Author: Eleanor Updale | Narrator: Stephen Fry
Release Date: February 24, 2004
When a petty thief falls though a glass roof in his attempt to escape from the police, what should have been the death of him marks the beginning of a while new life. After his broken body is reconstructed by an ambitious young doctor, he is release...
ABOUT THIS AUDIOBOOK
$12.95
ISBN: 9780807223710
Unabridged Download 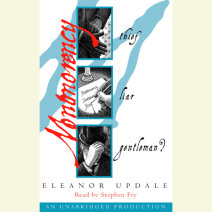