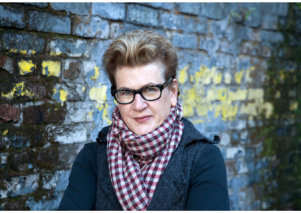 Meg Rosoff grew up in Boston, Massachusetts, and moved to London in 1989. She attended Harvard University and St. Martin's College of Art. Her first novel, How I Live Now, sold nearly one million copies, won the Printz Award and the Guardian Children's Fiction Prize, and was shortlisted for the Orange Award for New Writers and made into a feature film. Her novels have won or been shortlisted for twenty international awards, including the Carnegie and the National Book Award. She lives in London with her husband, daughter, and two lurchers. Visit megrosoff.co.uk and follow her on Twitter: @megrosoff. 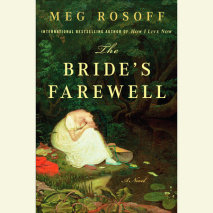 The Bride's Farewell
Author: Meg Rosoff | Narrator: Susan Duerden
Release Date: August 06, 2009
A young woman runs away from home and finds love in the most unexpected place In Meg Rosoff's fourth novel, a young woman in 1850s rural England runs away from home on horseback the day she's to marry her childhood sweetheart. Pell is from a poor pre...
ABOUT THIS AUDIOBOOK
$17.50
ISBN: 9781101079416
Unabridged Download 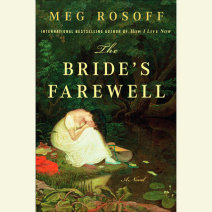 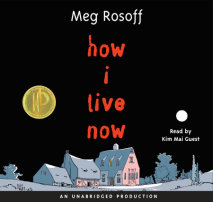 How I Live Now
Author: Meg Rosoff | Narrator: Kim Mai Guest
Release Date: February 08, 2005
“Every war has turning points and every person too.”Fifteen-year-old Daisy is sent from Manhattan to England to visit her aunt and cousins she’s never met: three boys near her age, and their little sister. Her aunt goes away on busi...
ABOUT THIS AUDIOBOOK
$14
ISBN: 9780307207241
Unabridged Download 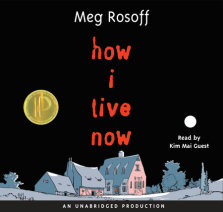