Dore Gold, the bestselling author of Hatred’s Kingdom, served as Israel’s ambassador to the United Nations from 1997 to 1999 and has been a diplomatic envoy to numerous international leaders. Gold, who earned his PhD in International Relations and Middle Eastern Studies from Columbia University, has written many articles for the New York Times, the Washington Post, the Wall Street Journal, Commentary, and the Daily Telegraph. He and his family live in Jerusalem, where he runs the Jerusalem Center for Public Affairs. 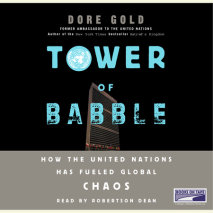 Tower of Babble
Author: Dore Gold | Narrator: Robertson Dean
Release Date: October 11, 2004
A United Nations insider exposes how anti-American and antidemocratic forces have hijacked the UN and put America and its allies at risk Politicians and pundits are imploring the United States to give the UN a major role in American foreign policy. B...
ABOUT THIS AUDIOBOOK
$17.50
ISBN: 9781415917336
Unabridged Download 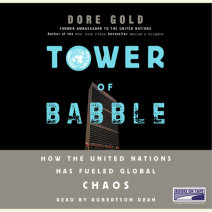