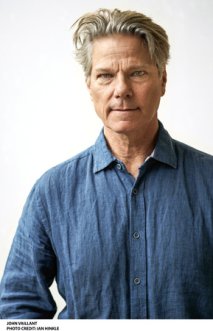 JOHN VAILLANT's first book, The Golden Spruce, was a #1 national bestseller, winner of the Governor General's Literary Award for Non-Fiction, the Pearson Writer's Trust Non-Fiction Award and the Roderick Haig Brown Regional Prize. The Tiger was a #1 national bestseller, a Canada Reads selection, a Globe and Mail Best Book, and won the BC National Award for Canadian Non-Fiction, the Prix Bouvier, the Sigurd Olson Nature Writing Award, the Hubert Evans Non-Fiction Prize, the CBA Libris Award for Non-Fiction Book of the Year and the CBC Bookie Award for Best Overall Book. It has been translated into 15 languages. Vaillant has written for The New Yorker, The Atlantic, Outside, National Geographic and The Walrus, among other publications. He lives in Vancouver, British Columbia, with his wife and children. 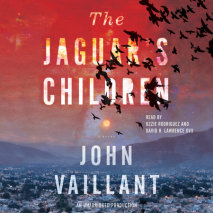 audio
The Jaguar's Children
Author: John Vaillant | Narrator: Ozzie Rodriguez and David H. Lawrence XVII
Release Date: January 27, 2015
From the best-selling author of The Tiger and The Golden Spruce, this debut novel is a gripping survival story of a young man trapped, perhaps fatally, during a border crossing.   Hector is trapped. The wa...
ABOUT THIS AUDIOBOOK
$20
ISBN: 9780553551396
Unabridged Download 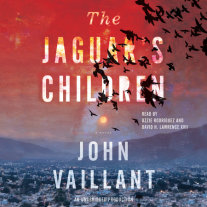 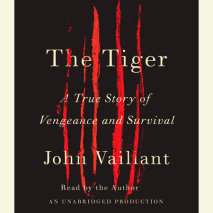 audio
The Tiger
Author: John Vaillant | Narrator: John Vaillant
Release Date: August 24, 2010
It’s December 1997, and a man-eating tiger is on the prowl outside a remote village in Russia’s Far East. The tiger isn’t just killing people, it’s annihilating them, and a team of men and their dogs must hunt it on foot throu...
ABOUT THIS AUDIOBOOK
$22.50
ISBN: 9780307715081
Unabridged Download 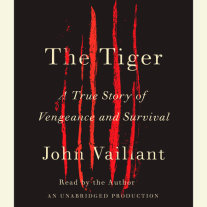