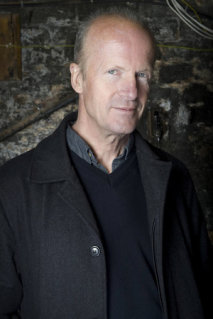 Jim Crace is the author of eleven previous novels. His most recent, Harvest, was short-listed for the Man Booker Prize and won the International Dublin Literary Award and the James Tait Black Memorial Prize. In 2000, Being Dead won the U.S. National Book Critics Circle Award for Fiction, and in 1997, Quarantine was named the Whitbread Novel of the Year and was short-listed for the Booker Prize. Jim Crace has also received the Whitbread First Novel Prize, the E. M. Forster Award, and the Guardian Fiction Prize. He lives in England. 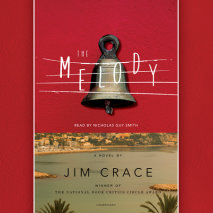 audio
The Melody
Author: Jim Crace | Narrator: Nicholas Guy Smith
Release Date: June 19, 2018
Alfred Busi lives alone in his villa overlooking the waves. Famed in his tiny Mediterranean town for his music, he is mourning the recent death of his wife and quietly living out his days. Then one night, Busi is viciously attacked by an intruder in ...
ABOUT THIS AUDIOBOOK
$17.50
ISBN: 9780525632894
Unabridged Download 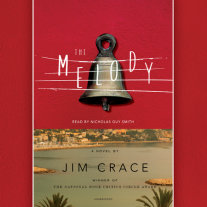 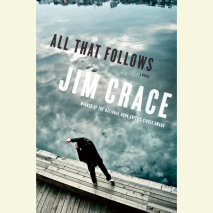 audio
All That Follows
Author: Jim Crace | Narrator: Maxwell Caulfield
Release Date: April 20, 2010
The prodigiously talented Jim Crace has returned with a new novel that explores the complexities of love and violence with a scenario that juxtaposes humor and human aspiration. British jazzman Leonard Lessing spent a memorable yet uns...
ABOUT THIS AUDIOBOOK
$17.50
ISBN: 9780307748614
Unabridged Download 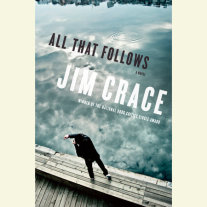 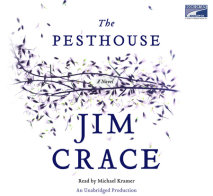 The Pesthouse
Author: Jim Crace | Narrator: Michael Kramer
Release Date: June 05, 2007
Once the safest, most prosperous place on earth, the United States is now a lawless, scantly populated wasteland. The machines have stopped. The government has collapsed. Farmlands lie fallow and the soil is contaminated by toxins. Across the country...
ABOUT THIS AUDIOBOOK
$20
ISBN: 9781415940778
Unabridged Download 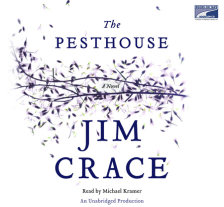