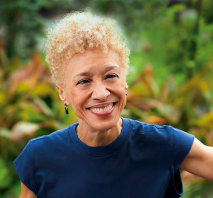 The winner of a Pulitzer Prize for criticism, Margo Jefferson previously served as book and arts critic for Newsweek and the New York Times. Her writing has appeared in, among other publications, Vogue, New York Magazine, The Nation, and Guernica. Her memoir, Negroland, received the National Book Critics Circle Award for Autobiography. She is also the author of On Michael Jackson and is a professor of writing at Columbia University School of the Arts. 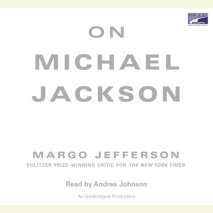 On Michael Jackson
Author: Margo Jefferson | Narrator: Andrea Johnson
Release Date: January 10, 2006
Michael Jackson was once universally acclaimed as a song-and-dance man of genius; Wacko Jacko is now, more often than not, dismissed for his bizarre race and gender transformations and confounding antics, even as he is commonly reviled for the child ...
ABOUT THIS AUDIOBOOK
$12.50
ISBN: 9781415929520
Unabridged Download 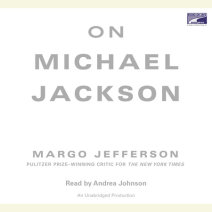