Stephen Crane was born in 1871, in Newark, New Jersey. He attempted college twice, the second time failing a theme-writing course while writing articles for newspapers such as the New York Tribune. In 1892 Crane moved to the poverty of New York City’s Lower East Side—the Bowery so vividly depicted in Maggie: A Girl of the Streets. In 1894 the serial publication began of The Red Badge of Courage, his acclaimed and widely popular novel of a young soldier’s coming of age in the Civil War. He died in Germany at the age of twenty-eight, in June of 1900. 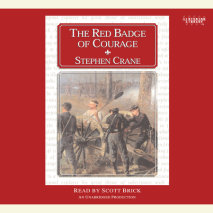 audio
The Red Badge of Courage
Author: Stephen Crane | Narrator: Scott Brick
Release Date: January 11, 2011
The Red Badge of Courage was published in 1895, when its author, an impoverished writer living a bohemian life in New York, was only twenty-three. It immediately became a bestseller, and Stephen Crane became famous. Crane set out to create "a ps...
ABOUT THIS AUDIOBOOK
$15
ISBN: 9780307916112
Unabridged Download 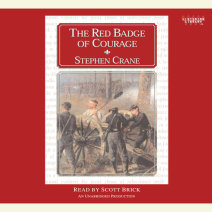