Deborah Santana is an author, philanthropist, and film producer. She is the founder of Do A Little, a non-profit that supports women's health, education, and happiness. She also founded the Milagro Foundation, which has given millions to charities and agencies that support children and youth in the areas of health, education, and the arts. In addition to her memoir, Space Between the Stars, Santana has also contributed to three anthologies and produced several documentaries. 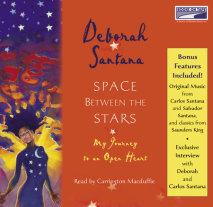 Space Between the Stars
Author: Deborah Santana | Narrator: Carrington MacDuffie
Release Date: March 15, 2005
Deborah Santana is best known for her marriage to music icon Carlos Santana–a thirty-year bond that endures to this day. But as a girl growing up in San Francisco in the 1960s, daughter of a white mother and a black father–the legendary b...
ABOUT THIS AUDIOBOOK
$17.50
ISBN: 9781415923658
Abridged DownloadUnabridged Download 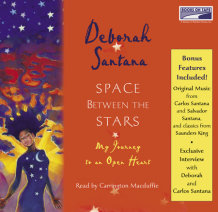