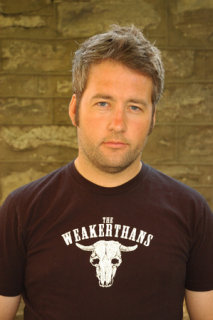 Chris Jones is the author of Out of Orbit: The Incredible True Story of Three Astronauts Who Were Hundreds of Miles Above Earth When They Lost Their Ride Home, Too Far from Home: A Story of Life and Death in Space, and Falling Hard: A Rookie's Year in Boxing. Jones was formerly a sportswriter at the National Post, where he won an award as Canada's outstanding young journalist. He joined Esquire as a contributing editor and sports columnist, and became a writer at large when he won the 2005 National Magazine Award for Feature Writing for the story that became the basis for his second book. His work has also appeared in The Best American Magazine Writing and The Best American Sports Writing anthologies. He lives in Ottawa, Canada. 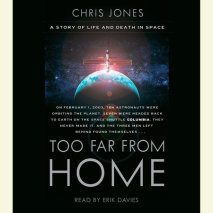 Too Far From Home
Author: Chris Jones | Narrator: Erik Davies
Release Date: March 06, 2007
An incredible, true-life adventure set on the most dangerous frontier of all—outer spaceIn the nearly forty years since Neil Armstrong walked on the moon, space travel has come to be seen as a routine enterprise—at least until the shuttle...
ABOUT THIS AUDIOBOOK
$20
ISBN: 9781415935682
Abridged DownloadUnabridged Download 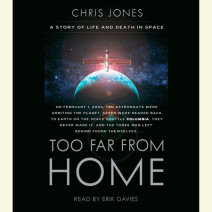