HIS HOLINESS THE DALAI LAMA, TENZIN GYATSO, is one of the world’s best-known spiritual and political leaders. He has led his people for over fifty years as the head of the government-in-exile and spiritual leader of Tibet. In recognition of his work for peace and his concern for global environmental problems, His Holiness was awarded the Nobel Peace Prize in 1989. More recently, in 2007, he received the Congressional Gold Medal, the highest civilian honor in the United States, for his advocacy of human rights. 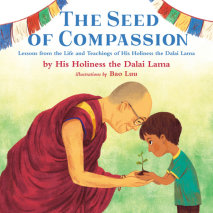 audio
The Seed of Compassion
Author: His Holiness The Dalai Lama | Narrator: Francois Chau
Release Date: March 24, 2020
For the first time ever, Nobel Peace Prize Laureate His Holiness the Dalai Lama addresses children directly, sharing lessons of peace and compassion, told through stories of his own childhood. One of today's most inspiring world leaders was once an o...
ABOUT THIS AUDIOBOOK
$5
ISBN: 9780593162651
Unabridged Download 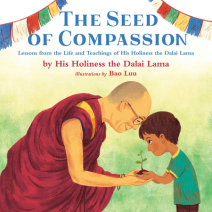 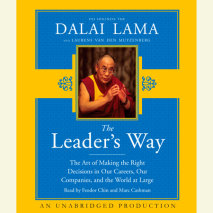 audio
The Leader's Way
Author: His Holiness The Dalai Lama and Laurens van den Muyzenberg | Narrator: Marc Cashman and Feodor Chin
Release Date: July 21, 2009
Born out of a decade of discussion between His Holiness the Dalai Lama and international management consultant Laurens van den Muyzenberg, The Leader’s Way is the unique meeting of two worlds: the global business landscape and Buddhism. At firs...
ABOUT THIS AUDIOBOOK
$15
ISBN: 9780739383841
Unabridged Download 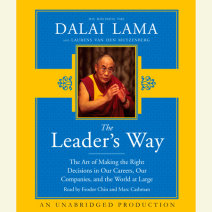