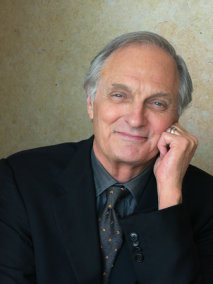 Alan Alda
Alan Alda has earned international recognition as an actor, writer, and director. He has won seven Emmy Awards, has received three Tony nominations, is an inductee of the Television Hall of Fame, and was nominated for an Academy Award for his role in The Aviator. Alda played Hawkeye Pierce on the classic television series M*A*S*H, and his many films include Crimes and Misdemeanors, Everyone Says I Love You, Manhattan Murder Mystery, and Bridge of Spies. Alda is an active member of the science community, having hosted the award-winning series Scientific American Frontiers for eleven years and founded the Alan Alda Center for Communicating Science at Stony Brook University. Alda is the author of two previous bestselling books, Never Have Your Dog Stuffed: And Other Things I’ve Learned and Things I Overheard While Talking To Myself.
Read More +
3 results   page 1 of 1   view sort by 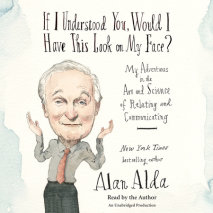 audio
If I Understood You, Would I Have This Look on My Face?
Author: Alan Alda | Narrator: Alan Alda
Release Date: June 06, 2017
NEW YORK TIMES BESTSELLER • Award-winning actor Alan Alda tells the fascinating story of his quest to learn how to communicate better, and to teach others to do the same. With his trademark humor and candor, he explores how to develop empathy as...
ABOUT THIS AUDIOBOOK
$15
ISBN: 9781524781675
5 Unabridged CDsUnabridged Download 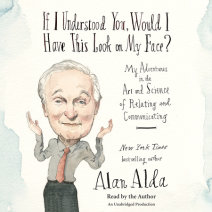 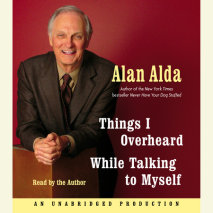 audio
Things I Overheard While Talking to Myself
Author: Alan Alda | Narrator: Alan Alda
Release Date: September 04, 2007
An insightful and funny look at some of the impossible questions Alan Alda has asked himself over the years: What do I value? What, exactly, is the good life? (And what does that even mean?) Picking up where his bestselling memoir left off–ha...
ABOUT THIS AUDIOBOOK
$15
ISBN: 9780739354711
Unabridged Download 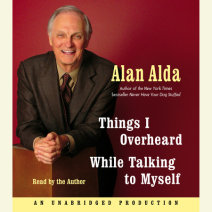 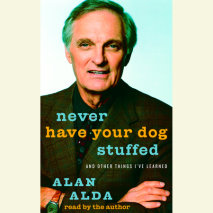 Never Have Your Dog Stuffed
Author: Alan Alda | Narrator: Alan Alda
Release Date: September 13, 2005
He’s one of America’s most recognizable and acclaimed actors–a star on Broadway, an Oscar nominee for The Aviator, and the only person to ever win Emmys for acting, writing, and directing, during his eleven years on M*A*S*H. Now Ala...
ABOUT THIS AUDIOBOOK
$17.50
ISBN: 9781415928530
Abridged DownloadUnabridged Download 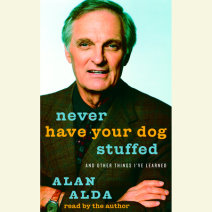