Elizabeth Crook was born in Houston, Texas. She graduated from Rice University in 1982. She has written four novels: The Raven's Bride, which was the 2006 Texas Reads One Book selection; Promised Lands; The Night Journal, winner of the 2007 Spur Award for Best Western Long Novel and the 2007 Willa Literary Award for Historical Fiction; and Monday, Monday, which was awarded the 2015 Jesse H. Jones award for fiction. Elizabeth has written for periodicals such as Texas Monthly and the Southwestern Historical Quarterly. She is a member of Women Writing the West, Western Writers of America, and the Philosophical Society of Texas, and was selected the honored writer for 2006 Texas Writers' Month. 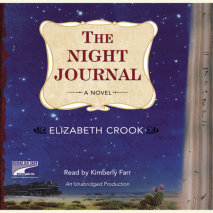 The Night Journal
Author: Elizabeth Crook | Narrator: Kimberly Farr
Release Date: February 07, 2006
A brilliantly imagined, lavish, and transporting novel of a young woman's search for the truth about her family's mythic past. . .Meg Mabry has spent her life with her back turned to her legendary family legacy. In the 1890s her great-grandmother Han...
ABOUT THIS AUDIOBOOK
$24.96
ISBN: 9781415929292
Unabridged Download 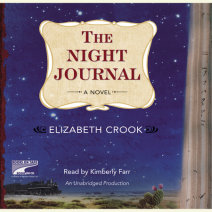