Etgar Keret was born in Ramat Gan and now lives in Tel Aviv. A recipient of the French Chevalier des Arts et des Lettres, the Charles Bronfman Prize, and the Caméra d’Or at the Cannes Film Festival, he is the author of the memoir The Seven Good Years and story collections including The Bus Driver Who Wanted to Be God. His work has been translated into forty-five languages and has appeared in The New Yorker, The Wall Street Journal, Wired, The Paris Review, and The New York Times, among many other publications, and on This American Life, where he is a regular contributor. 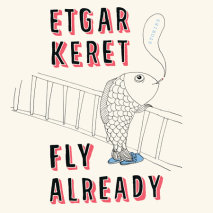 audio
Fly Already
Author: Etgar Keret | Narrator: Various
Release Date: September 03, 2019
From a "genius" (New York Times) storyteller: a new, subversive, hilarious, heart-breaking collection. "There is sweetheartedness and wisdom and eloquence and transcendence in his stories because these virtues exist in abundance in Etgar himself... ...
ABOUT THIS AUDIOBOOK
$15
ISBN: 9780593146828
Unabridged Download 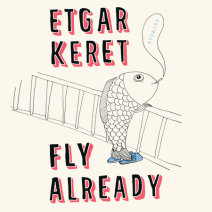 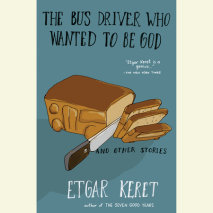 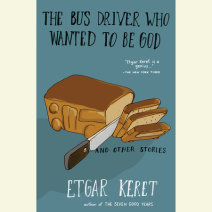 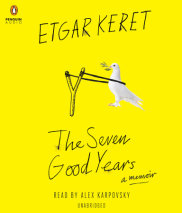 audio
The Seven Good Years
Author: Etgar Keret | Narrator: Alex Karpovsky
Release Date: June 16, 2015
A brilliant, life-affirming, and hilarious memoir from a “genius” (The New York Times) and master storyteller. With illustrations by Jason Polan.The seven years between the birth of Etgar Keret’s son and the death of his father were...
ABOUT THIS AUDIOBOOK
$12.50
ISBN: 9780698402157
Unabridged Download 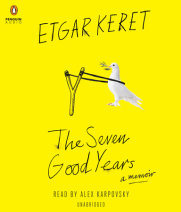