Kevin Crossley-Holland fell in love with the Middle Ages and Anglo-Saxon poetry while he was an undergraduate at Oxford University. He wrote his first work for children, a retelling of a medieval romance, in a London park during lunch breaks from his job as a children’s book editor. In 1985, he received the Carnegie Medal for his novel Storm. A longtime resident of the United States, where he taught at the University of Minnesota, Kevin and his wife, Linda, now live on the coast of the North Sea in Norfolk, England. 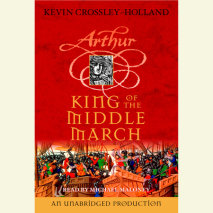 audio
King of the Middle March
Author: Kevin Crossley-Holland | Narrator: Michael Maloney
Release Date: September 14, 2004
Thousands of knights and foot soldiers are mustering in Venice for the launch of the fourth Crusade. Among them in young Arthur de Caldicot, soon to dubbed a knight. He is thrilled to be part of this huge gathering; but all too soon the crusade fal...
ABOUT THIS AUDIOBOOK
$14.95
ISBN: 9780807205433
Unabridged Download 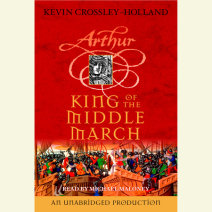