Mike Brown is the Richard and Barbara Rosenberg Professor of Planetary Astronomy at the California Institute of Technology. In 2006 he was named one of Time magazine’s 100 People Who Shape Our World as well as one of Los Angeles magazine’s Most Influential People in LA. Brown lives in Southern California with his wife and daughter. 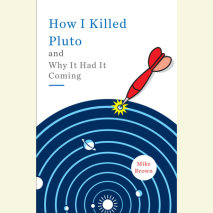 audio
How I Killed Pluto and Why It Had It Coming
Author: Mike Brown | Narrator: Ryan Gesell
Release Date: December 07, 2010
The solar system most of us grew up with included nine planets, with Mercury closest to the sun and Pluto at the outer edge. Then, in 2005, astronomer Mike Brown made the discovery of a lifetime: a tenth planet, Eris, slightly bigger than Pluto. But ...
ABOUT THIS AUDIOBOOK
$17.50
ISBN: 9780307932693
Unabridged Download 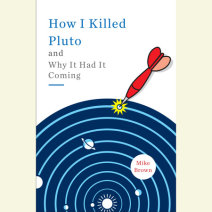