Barry C. Lynn is a fellow at the New American Foundation in Washington, D.C. He has reported on business from around the world and served as the executive editor of Global Business magazine for seven years. His views have been sought by U.S. politicians as well as by the governments of France, Japan, India, and other nations. His work has been supported by the Rockefeller Foundation. He lives in Washington, D.C., with his wife and two children. 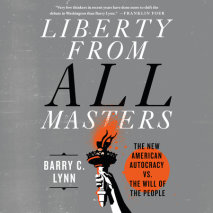 audio
Liberty from All Masters
Author: Barry C. Lynn | Narrator: Chris Abernathy
Release Date: September 29, 2020
One of America's preeminent thinkers provides the clearest statement yet on the nature and magnitude of the political and economic dangers posed by America's new monopolies.Americans are obsessed with liberty, mad about liberty. On any day, we can tu...
ABOUT THIS AUDIOBOOK
$20
ISBN: 9780593346129
Unabridged Download 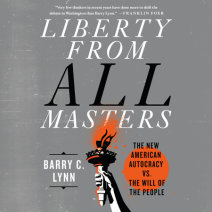