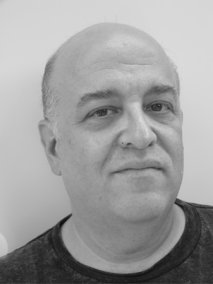 Peter David is famous for writing some of the most popular of the original Star Trek: The Next Generation novels, including Imzadi and A Rock and a Hard Place. His original works include the Arthurian novel Knight Life and the quirky werewolf story Howling Mad. He single-handedly revived the classic comic book series The Incredible Hulk and has written just about every famous comic book superhero. He collaborated with J. Michael Straczynski on the Babylon 5 comic book series, and with Bill Mumy, he created the Nickelodeon television series Space Cases. In his spare time, he writes movie screenplays, children's books, and TV scripts (including Babylon 5). 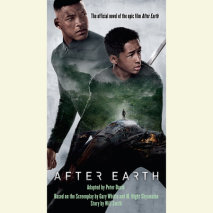 audio
After Earth
Author: Peter David | Narrator: David H. Lawrence XVII
Release Date: May 28, 2013
Experience the vast tapestry of After Earth in a novelization unlike any other: a thousand-year saga featuring original content from the mind of Peter David, the veteran sci-fi author who helped develop the richly imagined universe. This is the compl...
ABOUT THIS AUDIOBOOK
$20
ISBN: 9780385393720
Unabridged Download 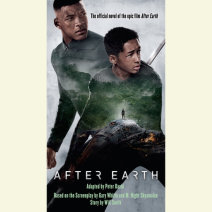 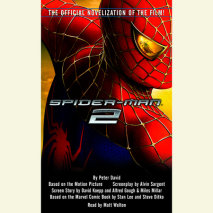 Spider-Man 2
Author: Peter David | Narrator: Matt Walton
Release Date: May 25, 2004
Follow the adventures of one of the greatest superheroes of all time in the official novelization of the major motion picture!  Two years have passed, and Peter Parker struggles to cope with the demands of life as a college student, a Daily Bu...
ABOUT THIS AUDIOBOOK
$8.95
ISBN: 9780739312346
Abridged Download 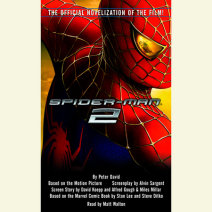