Jason Lethcoe is the author and illustrator of several books, including the Zoom's Academy series. Prior to writing and illustrating books, Mr. Lethcoe worked for 17 years in the Hollywood animation industry as a storyboard artist for several studios, including Walt Disney Animation Studios and Sony Pictures. He does most of his writing on his 30-foot sail boat called The Moon and lives in California with his wife and his three kids. There are rumors that he is affiliated with a mysterious society of adventurers called the Brotherhood of Thaumaturgic Cartographers, but he refuses to elaborate on his involvement for fear of divulging their secrets. 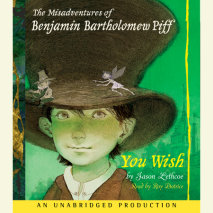 The Misadventures of Benjamin Bartholomew Piff
Author: Jason Lethcoe | Narrator: Roy Dotrice
Release Date: April 24, 2007
Orphaned Benjamin Bartholomew Piff closed his eyes, blew out the candle, and wished with all his might. Soon after, sirens wailed all over the Wishworks Factory–Ben had followed every rule of birthday wishing to a T and had made the most danger...
ABOUT THIS AUDIOBOOK
$10
ISBN: 9780739351109
Unabridged Download 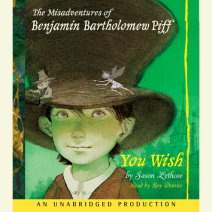