Diane Mott Davidson is the New York Times bestselling author of the Goldy Bear Culinary Mystery series. She has been named Writer of the Year by the Rocky Mountain Fiction Writers and has received the Anthony Award and the Romantic Times Reader’s Choice Award. Born in Honolulu and educated at Wellesley, Stanford, and Johns Hopkins, she worked as a volunteer rape victim counselor, a tutor in a correctional facility, and in several roles in the church before she turned to writing. Diane and her husband have three sons and three grandchildren, and split their time between Colorado and Florida. 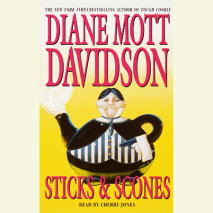 Sticks and Scones
Author: Diane Mott Davidson | Narrator: Cherry Jones
Release Date: April 03, 2001
Murder is on the menu—British style—as caterer Goldy Schulz tackles scones and ghosts and a psycho or two, in preparing an Elizabethan banquet for an eccentric millionaire in his castle in the Colorado mountains. And this time, it's no te...
ABOUT THIS AUDIOBOOK
$12.50
ISBN: 9780553754919
Abridged Download 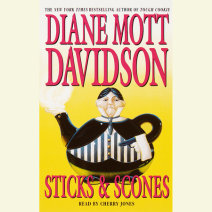 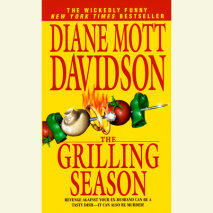 The Grilling Season
Author: Diane Mott Davidson | Narrator: Cherry Jones
Release Date: July 05, 2000
A chilly reception....Caterer Goldy Schulz has been hired to host a hockey party. But the proceedings won't be all fun and games. Unfortunately, her client won't be satisfied until Goldy adds a hefty serving of revenge.An ex-husband from hell....Patr...
ABOUT THIS AUDIOBOOK
$11.48
ISBN: 9780553750614
Abridged Download 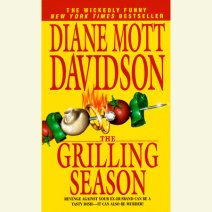 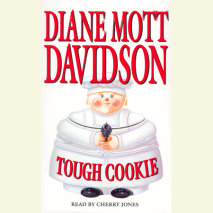 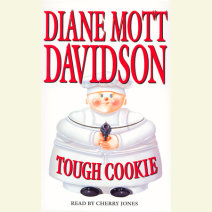 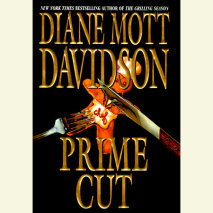 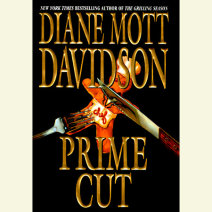