Christopher Lasch (1932–1994) was the author of The Culture of Narcissism, The True and Only Heaven, The Revolt of the Elites and the Betrayal of Democracy, and other books. He was born in Omaha, Nebraska, in 1932 and attended Harvard (BA, 1954) and Columbia University (MA, 1955; PhD, 1961). He taught history at Williams College (1957–9), Roosevelt University (1960–1), and the State University of Iowa, where he was appointed associate professor in 1963. In 1966 he became a professor of history at Northwestern University. Winner of the Bowdoin Prize from Harvard in 1954, he held both the Erb Fellowship (1955–6) and the Gilder Fellowship (1956–7) at Columbia University. 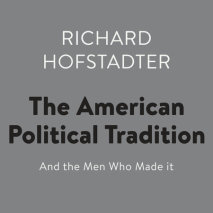 audio
The American Political Tradition
Author: Richard Hofstadter and Christopher Lasch | Narrator: Kaleo Griffith
Release Date: April 24, 2018
The American Political Tradition is one of the most influential and widely read historical volumes of our time. First published in 1948, its elegance, passion, and iconoclastic erudition laid the groundwork for a totally new understanding o...
ABOUT THIS AUDIOBOOK
$25
ISBN: 9780525632474
Unabridged Download 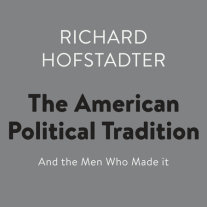