Milton Freedgood was a professional publicist for several movie studios before he decided to concentrate on his writing. Under the pesudonym John Godey, he wrote several novels. The Taking of Pelham One Two Three was the most successful. He died at his home in West New York, NJ on April 21, 2006. 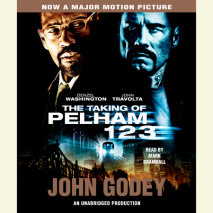 audio
The Taking of Pelham 123
Author: John Godey | Narrator: Mark Bramhall
Release Date: May 05, 2009
“You will all remain seated. Anyone who tries to get up, or even moves, will be shot.There will be no further warning. If you move you will be killed…”Four men seize a New York City subway train, and hold its passengers hostage. The...
ABOUT THIS AUDIOBOOK
$17.50
ISBN: 9780739384343
Unabridged Download 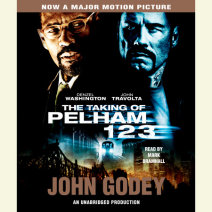