Kenneth R. Timmerman is the author of several books, including Preachers of Hate: Islam and the War on America; the New York Times bestseller Shakedown: Exposing the Real Jesse Jackson; and The Death Lobby: How the West Armed Iraq. An investigative reporter who has written for Time, Newsweek, the Wall Street Journal, and Reader’s Digest, he lived in France for eighteen years. 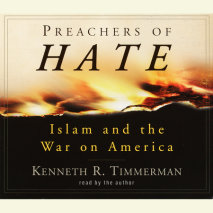 Preachers of Hate
Author: Kenneth R. Timmerman | Narrator: Kenneth R. Timmerman
Release Date: October 21, 2003
Like no book before it, Preachers of Hate uncovers an ancient hatred that threatens the life and livelihood of every American. The “new” anti-Semitism targets not only Jews, but Americans specifically and the West in general. It targets o...
ABOUT THIS AUDIOBOOK
$19.95
ISBN: 9781415900659
Abridged DownloadUnabridged Download 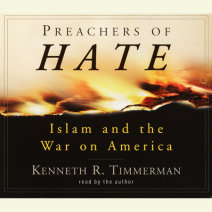