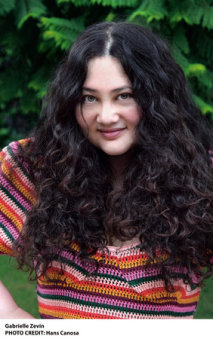 GABRIELLE ZEVIN is the New York Times and internationally best-selling author of several critically acclaimed novels, including The Storied Life of A.J. Fikry, which won the Southern California Independent Booksellers Award and the Japan Booksellers’ Award among other honors, and Young Jane Young, which won the South­ern Book Prize. Her novels have been translated into thirty-nine languages. She has also written books for young readers, including the award-winning Elsewhere. She lives in Los Angeles. 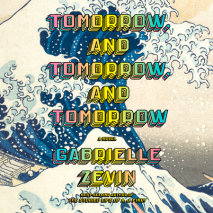 Tomorrow, and Tomorrow, and Tomorrow
Author: Gabrielle Zevin | Narrator: Jennifer Kim and Julian Cihi
Release Date: July 05, 2022
In this exhilarating novel by the best-selling author of The Storied Life of A. J. Fikry two friends—often in love, but never lovers—come together as creative partners in the world of video game design, where success brings them fame, joy...
ABOUT THIS AUDIOBOOK
$22.50
ISBN: 9780593591635
Unabridged Download 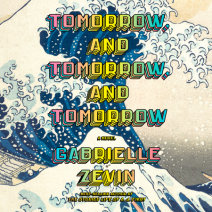 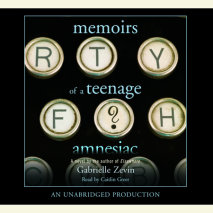 Memoirs of a Teenage Amnesiac
Author: Gabrielle Zevin | Narrator: Caitlin Greer
Release Date: September 11, 2007
If Naomi had picked tails, she would have won the coin toss. She wouldn’t have had to go back for the yearbook camera, and she wouldn’t have hit her head on the steps. She wouldn’t have woken up in an ambulance with amnesia. She cer...
ABOUT THIS AUDIOBOOK
$17.50
ISBN: 9780739359723
Unabridged Download 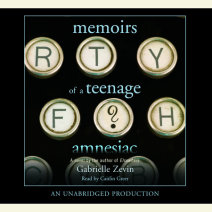 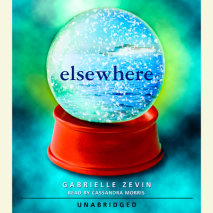 Elsewhere
Author: Gabrielle Zevin | Narrator: Cassandra Morris
Release Date: October 11, 2005
Welcome to Elsewhere. It is usually warm with a breeze, the sun and the stars shine brightly, and the beaches are marvelous. It’s quiet and peaceful here. And you can’t get sick or any older. Curious to see new paintings by Picasso? Swing...
ABOUT THIS AUDIOBOOK
$19.50
ISBN: 9780307282415
Unabridged Download 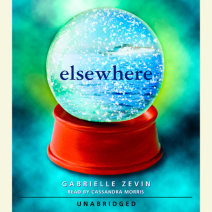