Lynne Truss is a writer and journalist who started out as a literary editor with a blue pencil and then got sidetracked. The author of three novels and numerous radio comedy dramas, she spent six years as the television critic for The Times of London, followed by four (rather peculiar) years as a sports columnist for the same newspaper. She won Columnist of the Year for her work for Women’s Journal. Lynne Truss also hosted Cutting a Dash, a popular BBC Radio 4 series about punctuation. She now reviews books for the Sunday Times of London and is a familiar voice on BBC Radio 4. She lives in Brighton, England.

Talk to the Hand
Author: Lynne Truss | Narrator: Lynne Truss
Release Date: November 03, 2005
"Talk to the hand, ’cause the face ain’t listening," the saying goes.When did the world stop wanting to hear? When did society become so thoughtless? It’s a topic that has been simmering for years, and Lynne Truss says it’s no...
ABOUT THIS AUDIOBOOK
$12
ISBN: 9780786556748
Unabridged Download 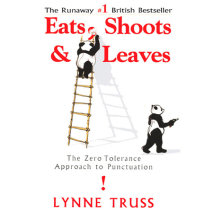 Eats, Shoots & Leaves
Author: Lynne Truss | Narrator: Lynne Truss
Release Date: September 25, 2004
In 2002 Lynne Truss presented Cutting a Dash, a well-received BBC Radio 4 series about punctuation, which led to the writing of Eats, Shoots & Leaves. The book became a runaway success in the UK, hitting number one on the bestseller lists and prompti...
ABOUT THIS AUDIOBOOK
$7.50
ISBN: 9780786552610
Unabridged Download 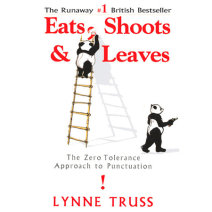